Music of the Heart by Katie Ashley Music of the Heart by Katie Ashley

Book Name: Music of the Heart

For Abby Renard, the plan was supposed to be simple—join her brothers’ band on the last leg of their summer tour and decide if she’s finally ready for the limelight by becoming its fourth member. Of course, she never imagined stumbling onto the wrong tour bus at Rock Nation would accidentally land her in the bed of Jake Slater, the notorious womanizing lead singer of Runaway Train. When he mistakes her for one of his groupie’s, Abby quickly lets him know she sure as hell isn't in his bed on purpose.
Jake Slater never imagined the angel who fell into his bed would resist his charms by promptly kneeing him in the balls. Of course, the fact she seems like a prissy choir girl makes her anything but his type. So he is more than surprised when after betting Abby she wouldn’t last a week on their tour bus, she is more than willing to prove him wrong. But as Jake’s personal life begins to implode around him, he finds an unlikely ally in Abby. He’s never met a woman he can talk to, joke with, or most importantly make music with.As the week starts comes to a close, neither Abby nor Jake is ready to let go. Can a sweetheart Country songstress and a bad boy of Rock N Roll actually have a future together?

This is my first Katie Ashley book and she is definitely going on my most favourite author list. I loved this book. It’s a Contemporary new adult drama involving tattooed rockstars, sassy heroine and lots of romance. My favourite kind of book!

This book starts because of an "accidential" meeting when Abby is supposed to be getting on her brothers tour bus so she can begin touring with them and seeing if being a Rockstar is what she wants to do with her life.  A Roadie directs Abby to the wrong bus and before she has a chance to realize she is on the road with the Mega superstars - Runaway Train. A mistake lands her in bed with the infamous Jake Slater, bad boy extraordinaire and lead singer of the famous rock band. Add in a knee to the nuts, instant chemistry, and a dare---sparks start flying! Jake makes a bet with Abby that she would not be able to handle a week on their tour bus and Abby accepting it stay with Runaway Train for a whole week proving that she’s not some spoil brat and can survive living with four loud and horny rockers. Oh what can happen in just a week! The chemistry and the banter between Jake and Abby is outstanding! I could not get enough and did not want it to end!

Abby Renard grew up as the baby girl to a family of missionaries. She is innocent, funny, adorable and sassy. I loved her!! She’s a girl unafraid to speak her mind, with an actual, working backbone.

Jake is the classic rockstar persona; tattoos, groupies and an ego to fill a whole stadium.
“I’m Jake Fucking Slater, and I can do whatever the hell I want.”

But, he is just a tortured soul in hiding and a romantic in the making.
“Most of all, it’s that I want someone like you to want me—just for me, not for Jake Slater the singer of Runaway Train.” I smacked my hand hard against my chest. “For what’s really inside me.”

Jake's love for his mother was so pure and sweet. I loved watching them together. She was so sweet and the way she always supported Jake & Abby was amazing. It was really heart breaking to read the part where she gave in to cancer and left the world.

Oh don't think this was an easy ride for the two of them. Misunderstandings have a way of literally tearing a good thing a part. Determination had a way of making things come back together and the ultimate sadness has a way of making us realize how precious the ones we love are.

A feel-good  book, a sweet story about two young, musically talented people, beautiful inside and out. A story about the melodies we play and how our hearts respond to them. About the actions that don't have to define us and redemption, in the eyes of the person that means the most.

Buy this book at:
Amazon.om
Barnes&Noble.com
Smashwords.com
Posted by Unknown at 3:29 PM 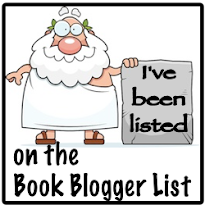